Prowess is defined as exceptional skill and ability. Proeza is the word Prowess in Spanish and it truly describes the culmination of centuries-old techniques that have resulted in Proeza, an exceptional tequila.

Tequila itself is a unique spirit. Other distilled beverages are products of crops such as grains or fruits. Grains and fruits grow at least annually, and yield their sugars for fermentation in predictable ways. Tequila, on the other hand, comes from the heart of a very special maguey plant, Blue Agave, which takes around seven long years to mature and must be baked. Blue Agave only grows in the soil of a designated territory of Mexico, under its sweetening sun, and through varied and variable seasons of wind and rain.

It is lost to legend and mythology how the nectar of the maguey plant was even discovered and enjoyed by the natives of Mexico. It is said that a great fire, caused by lightning, left a maguey field in ashes in times immemorial. Somehow, the naturally-cooked hearts came open, the juices fermented from yeast in the air, and native Mexicans learned that the product could be used for joyous ceremonies and celebrations.

Upon the arrival of Spaniards five centuries ago, this fermented nectar began to be distilled with techniques brought from the Old World . Thus was the birth of the first versions of what would culminate, with artisanal care and dedication, into what we now call Tequila, and specifically to Proeza Tequila.

Proeza Tequila is made with 100% of the finest Blue Agave, grown on the actual estate where Proeza Tequila is distilled and bottled. Each individual Blue Agave plant is cultivated and tended for years until its ideal harvest, under the watchful eyes of masters in the art of tequila. Some Proeza Tequila, young and vibrant, can be enjoyed as Proeza Blanco. Some is set aside for gentle aging in oak, resulting in Proeza Reposado, and, after full aging, Proeza Añejo.

Proeza Tequila is proud of its artisanal heritage, and of the soil that saw its birth. And with each drop of Proeza Tequila, you too can come to know and savor the true mystical and miraculous nature of tequila, Mexico’s legendary drink 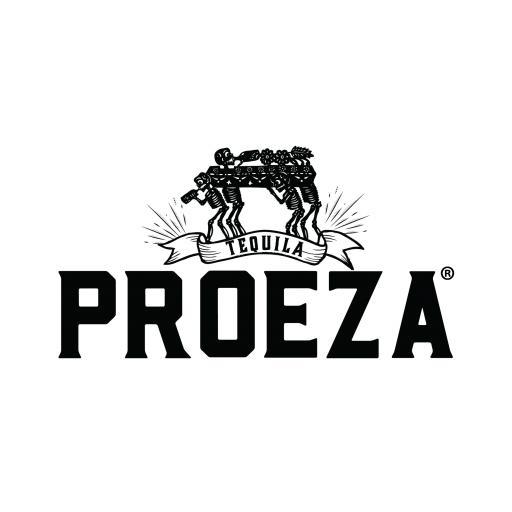 ©2021. PROEZA TEQUILA, ITS TRADE DRESS AND SKELETON LOGO ARE TRADEMARKS.

HANDCRAFTED IN MEXICO.IMPORTED BY WEST ROAD SPIRTIS, AUSTIN. TEXAS, USATEQUILA – 40% ALC. BY VOL.CONTENT FOR 21+. ONLY SHARE WITH THOSE OF LEGAL DRINKING AGE. FOR MORE INFORMATION ON ALCOHOL RESPONSIBILITY VISIT RESPONSIBLEDRINKING.ORG AND RESPONSIBILITY.ORG.